Happy TGI-Friday! We’re officially back from Hawaii and as much fun as we had, it’s so nice to be home! There’s something so comforting about coming home to a place you love! One of the first things I told Todd as we were rolling our bags up to the house was how cute our front porch looks decorated for fall. I shared all about that last week, but it’s still looking just as beautiful today.

One thing I can say for sure, fall is in full swing in Colorado and we were able to see the colors changing from the airplane. It was such a beautiful sight! We traded beaches and ocean air for crisp nights and changing trees. Both are lovely, but this is home.

We had so much fun in Hawaii, Oahu specifically. We stayed at the Marriott’s Ko Olina Beach Club and it was amazing. The resort was top notch and we couldn’t make ourselves leave the incredible beaches and facility.

We had high hopes for getting out and about on the island more than we did, but after stepping foot into our condo and the beach, we couldn’t pull ourselves away from it. We spent most of our days relaxing by the ocean, playing in the water and exploring the areas around the resort. We soaked in as many sunsets as we could and most importantly, we rested, which is something we both desperately needed. 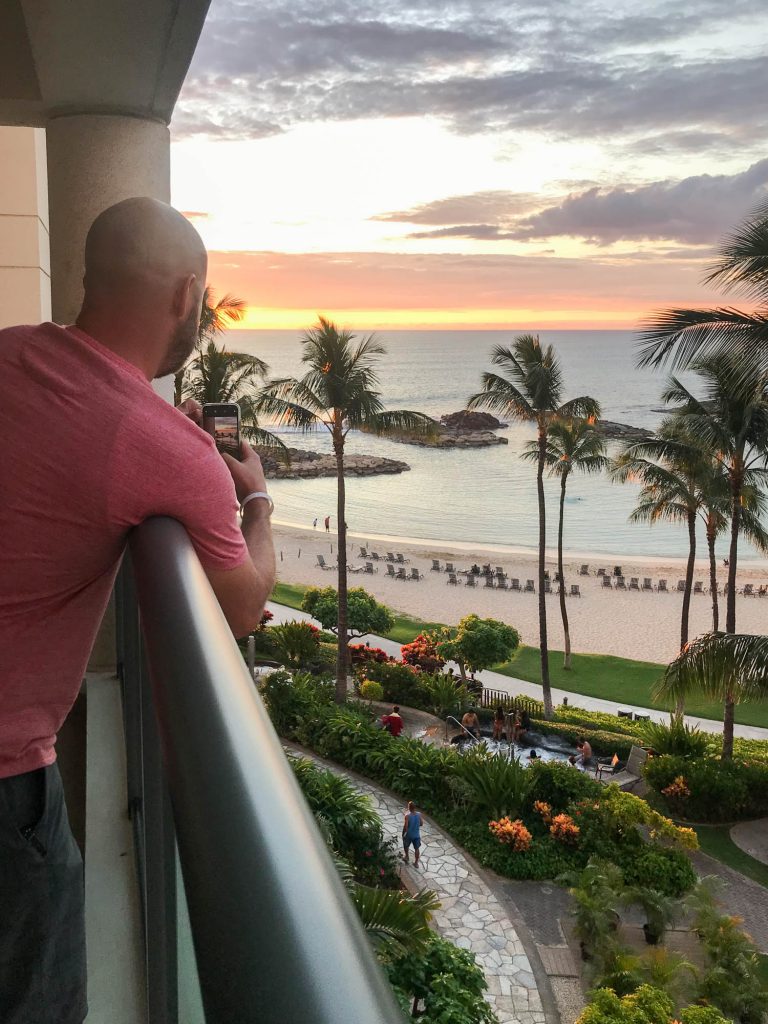 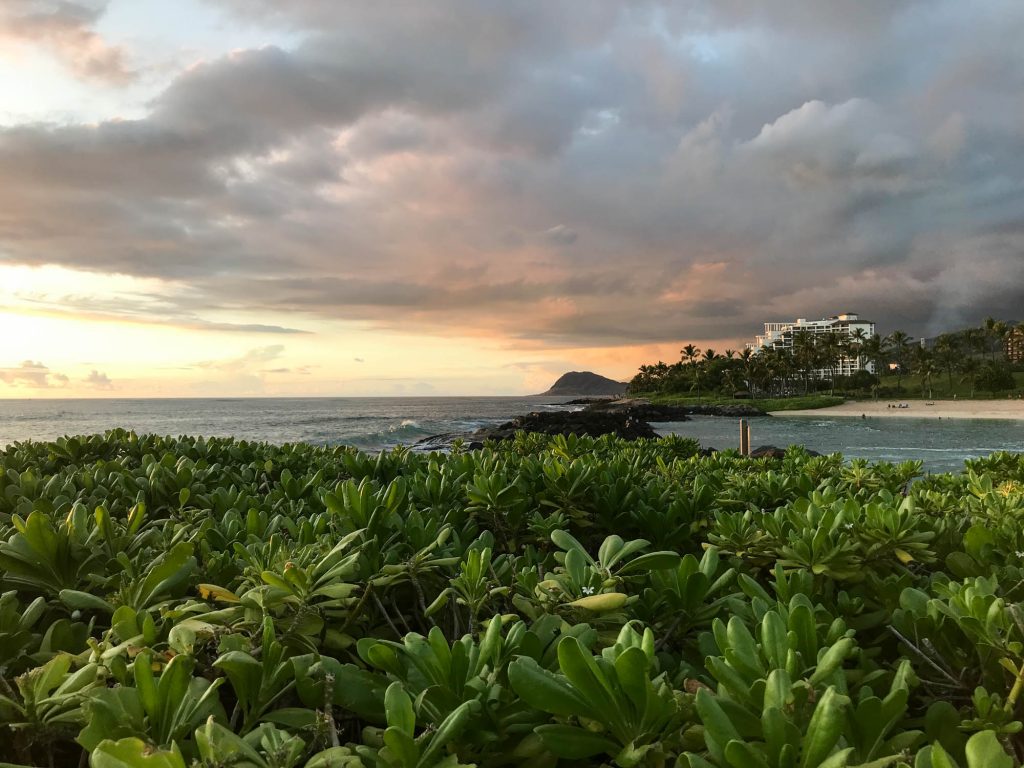 We spent several days on the beach, floating in the water, building sand castles (you’re never too old) and just playing around. It was rejuvenating. 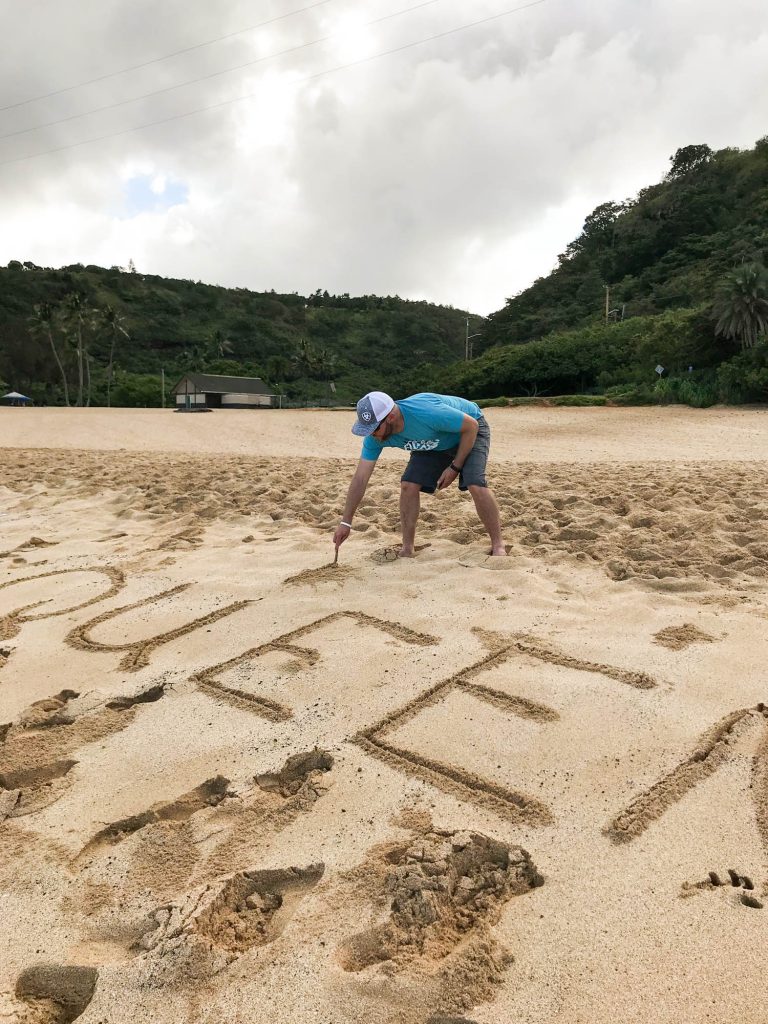 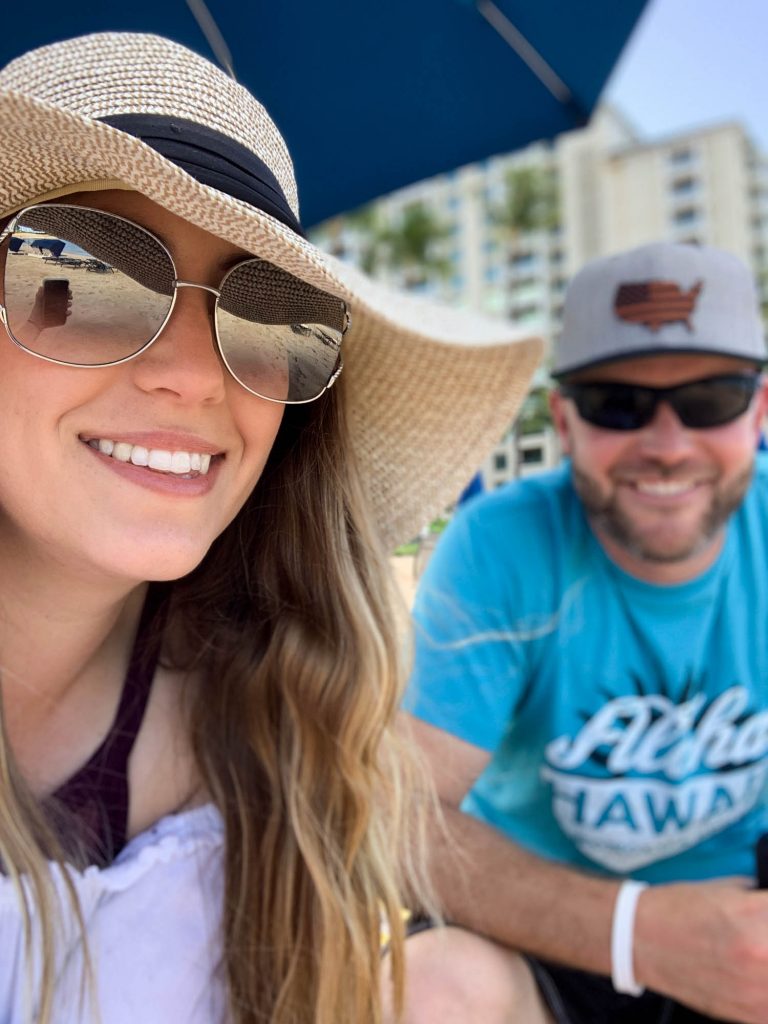 As much as this trip was for resting, relaxing, and having fun, we also booked it when we did so we could celebrate our one year anniversary. It’s hard to believe it’s already been a year since we got married, but I also can’t imagine life being any different. It’s been an incredible year. 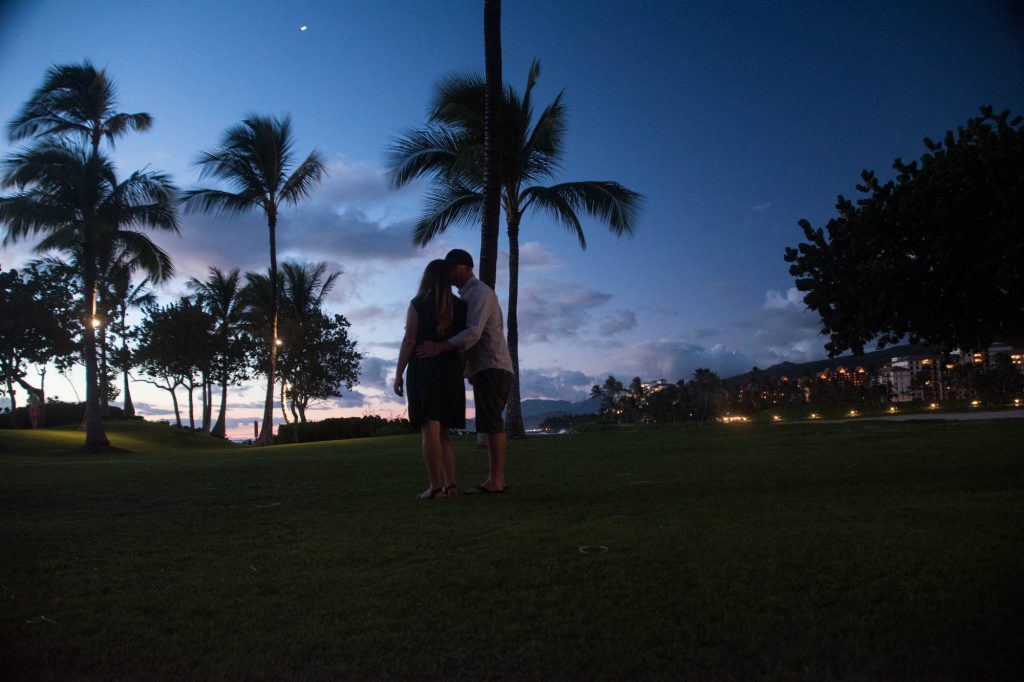 On our last day at Ko Olina, we did a couples massage. It was wonderful, and just what we needed as the final element of relaxation. After that, we had lunch, played in the ocean, and then that night we took our camera and tri-pod and headed out on the beautiful grounds to take some pictures before heading to dinner at Minas Fish House. 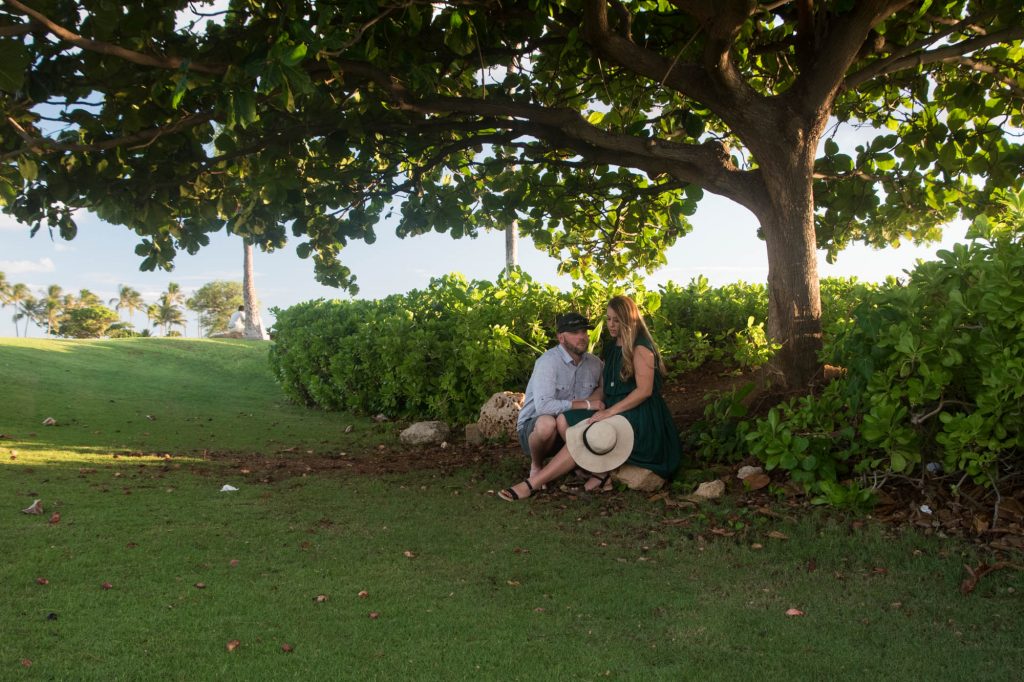 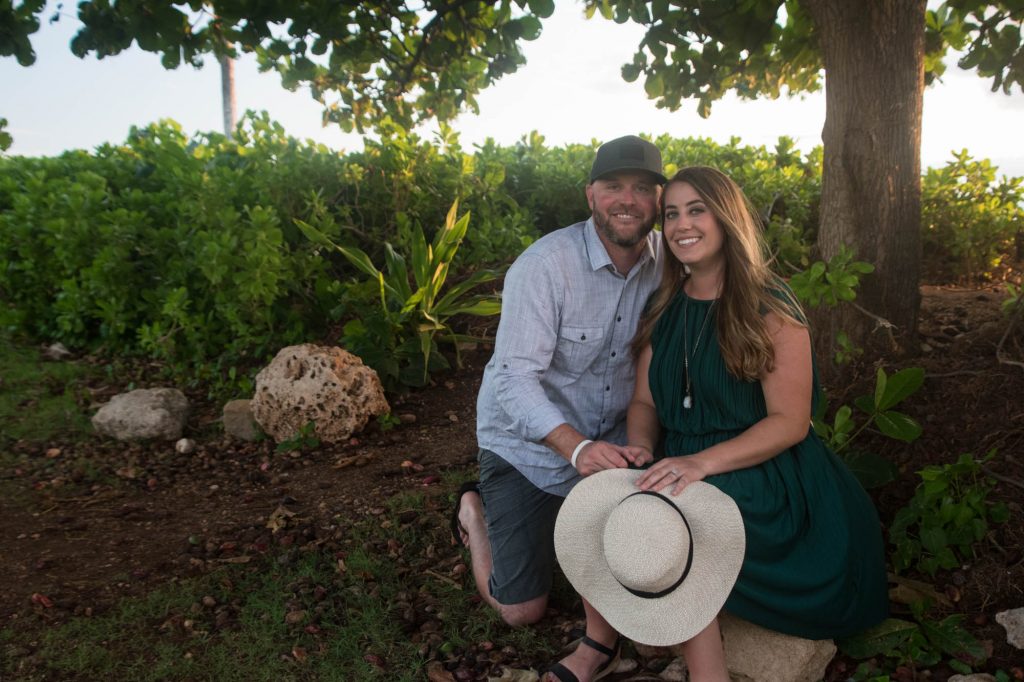 I really want to try and document our trips and take pictures at the different locations we stay, and these pictures will absolutely be treasured. 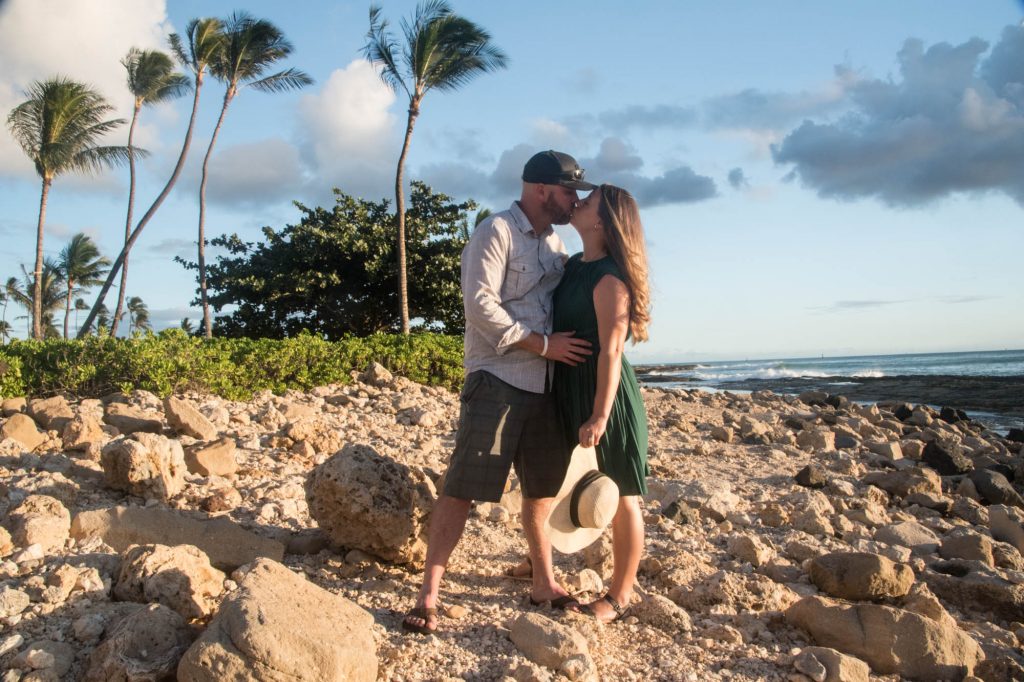 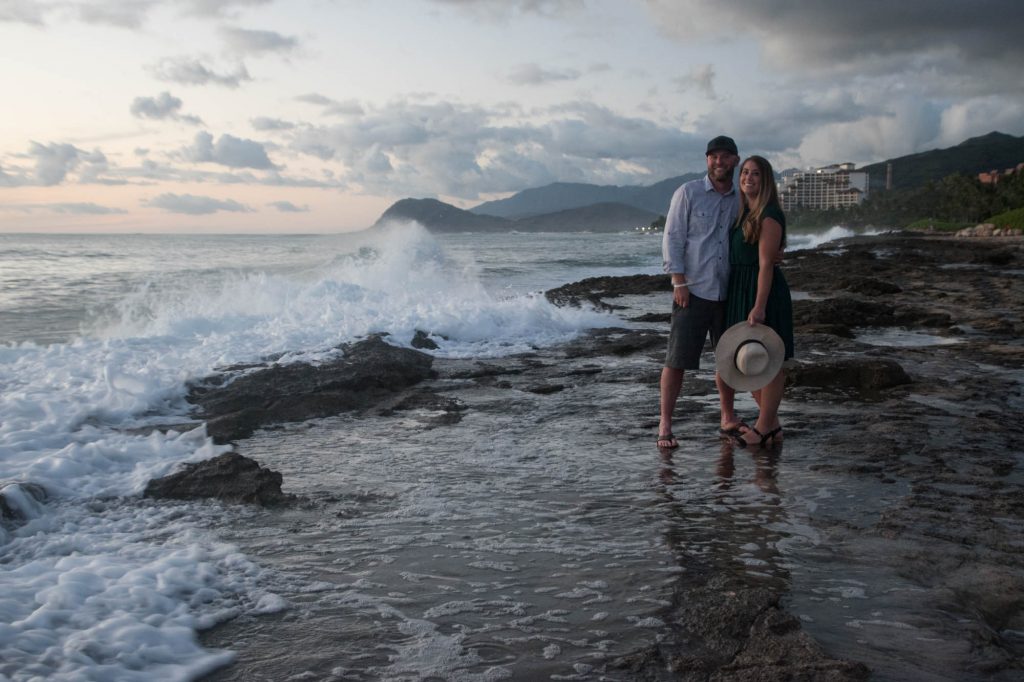 After our stay at Ko Olina was over, we rented an Air B&B on the North Shore. This was our first experience with an Air B&B, and while the place was nice, it was incredibly hot. We were sweating during our stay there, and except for the tiny wall a/c unit in the bedroom, the rest of the unit didn’t have any type of cooling other than two fans. We were originally planning to stay two nights in our Air B&B, but after the first night, we decided to book another room and explore Waikiki Beach.

Before leaving the North Shore, we drove along the coast, toured the small, but cute town of Haleiwa, did plenty of shopping and visited Turtle Bay as well. It was such a beautiful beach, and we loved seeing Hawaii’s version of a pine tree, but this side of Turtle Bay definitely wasn’t the greatest for playing in the water. The other part of the beach was lovely. 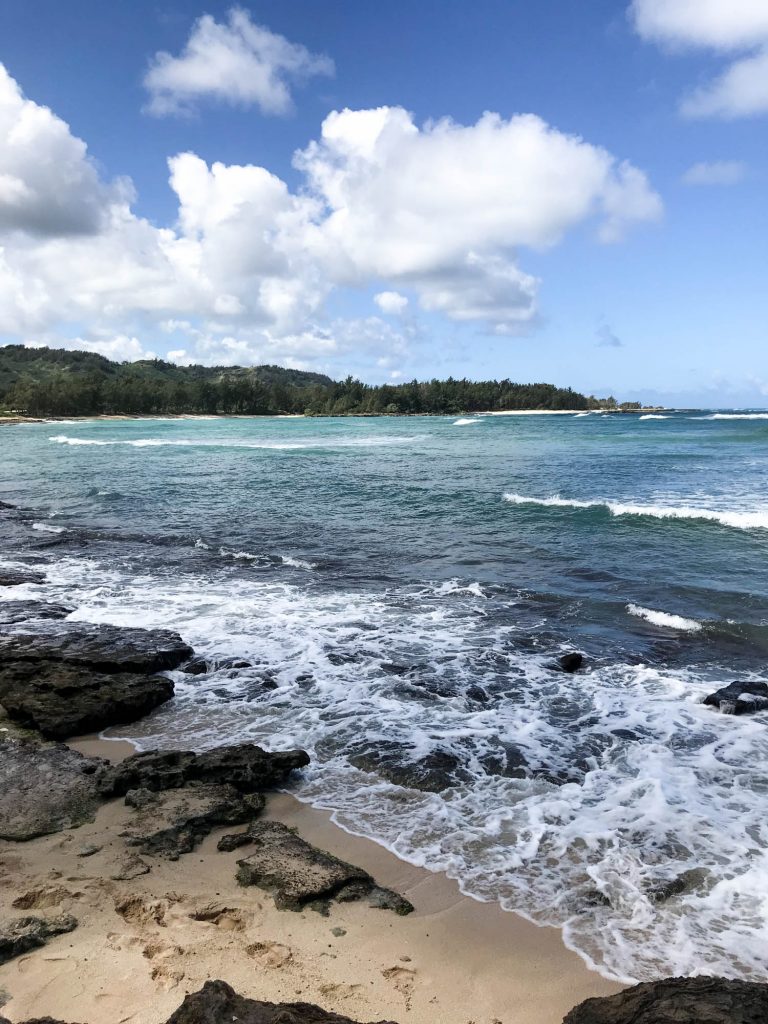 We had breakfast on the North Shore that morning, at Raised by the Waves, a cute, local restaurant specializing in vegan and gluten free food. We both had the waffle and it was delicious. 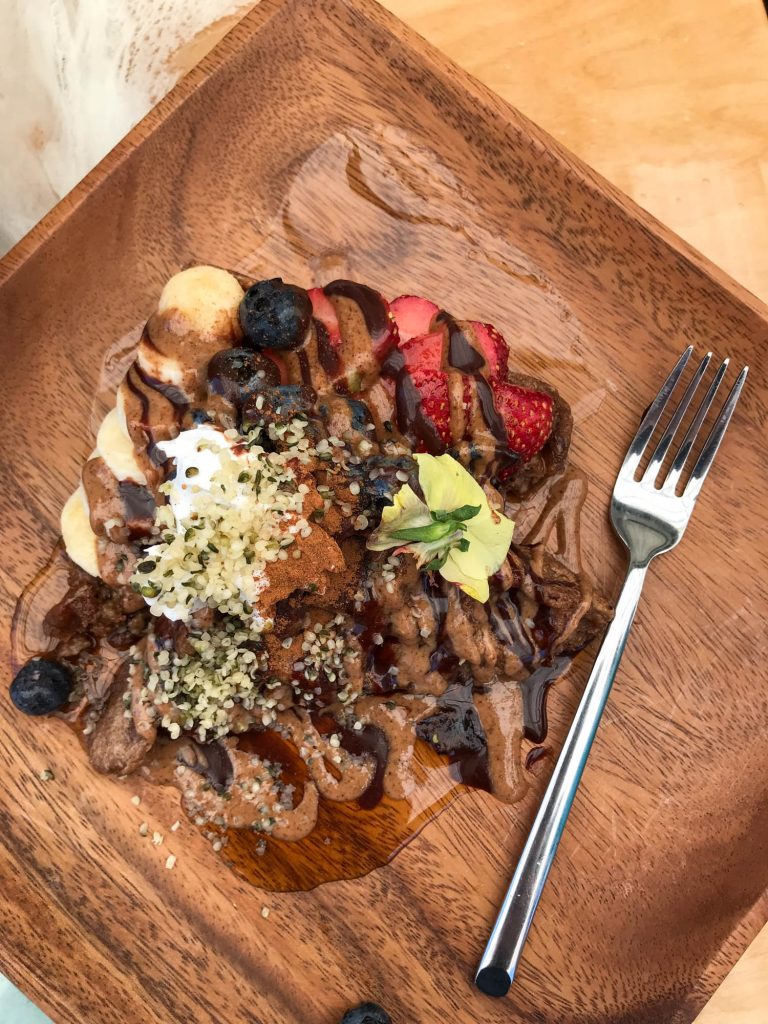 We also stopped at the Dole Plantation and tasted some of the delicious Dole Whip. One thing was certain on this trip, we ate as much pineapple as possible… it was so yummy and fresh.

Our trip to Waikiki Beach was short, but it gave us plenty of time to do some shopping and explore that part of the island. The beach is beautiful, yes, but it’s incredibly crowded and very much set in the city. Our favorite beach was definitely at Ko Olina. The water was gentle and the different coves were amazing.

As far as what was in my suitcase, I shared a few of the things I packed here. I loved everything I bought! And in case you’re in the market for some new suitcases, we love these! I bought them in the dark green color and they’re beautiful, but also easy to identify when you’re looking for them at baggage claim.

Other than a few minor issues with our rental car, Air B&B, and our flight home from Honolulu being delayed, causing us to miss our other connecting flights and landing us an unexpected night in San Francisco, we had a great trip!